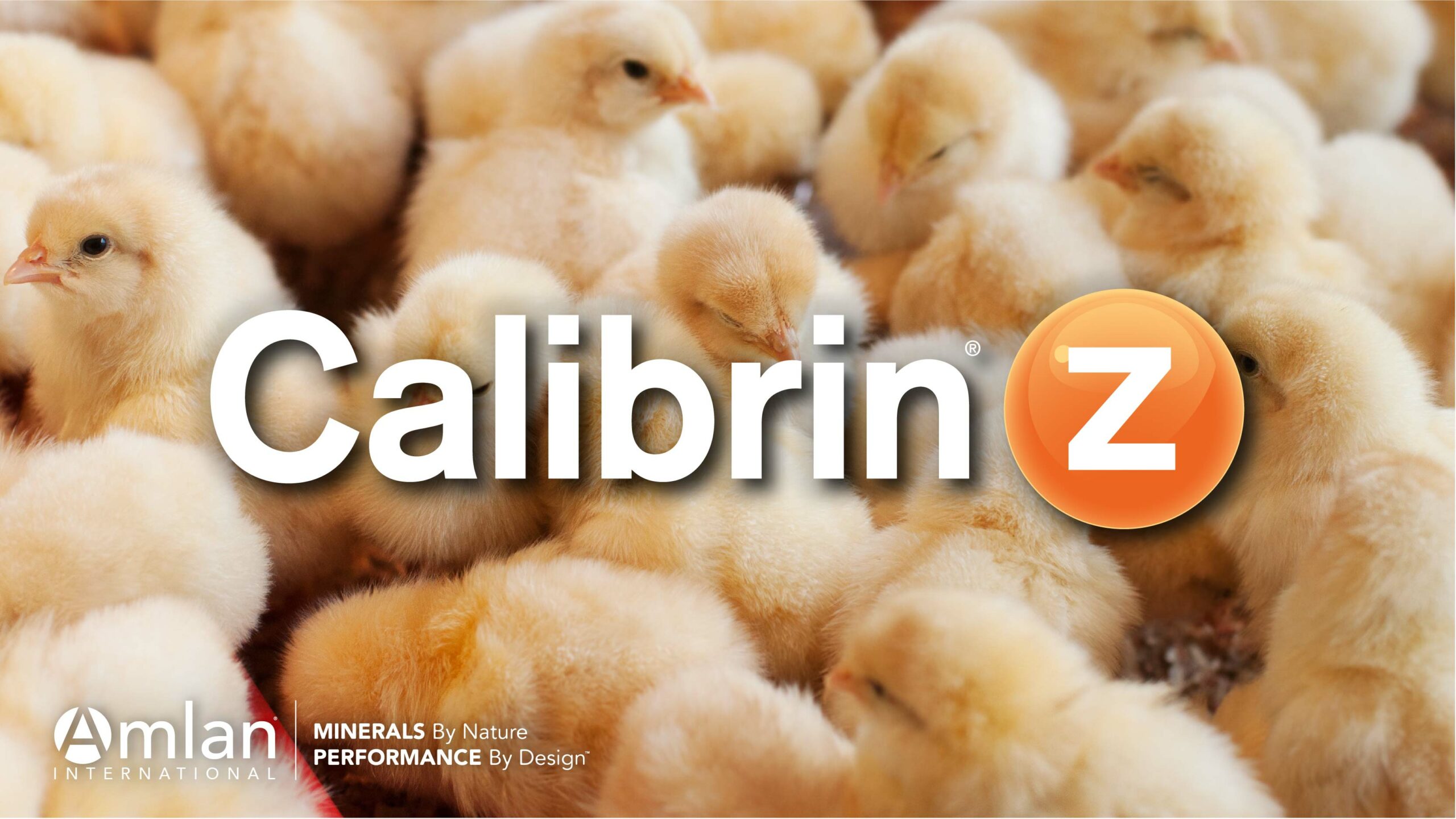 The gizzard is an important part of the gastrointestinal tract of poultry. The gizzard works to grind feed which enables digestion and absorption of nutrients to take place in species that lack teeth.

While the gizzard is a tough, muscular organ, the lining of the gizzard can be susceptible to damage as it interacts with the feed coming through the gastro-intestinal tract. Damage to the gizzard lining can cause reduced feed intake, low growth rates, poor feed conversion, and in severe cases increased mortality – all leading to poor flock performance. Gizzard erosion has numerous causes and is seen as early as day-old chicks. Early damage to the gizzard lining leads to increased morbidity and mortality in newly hatched chicks and can be attributed to the incubation process or to the hen’s diet.

Gizzard damage is not a new problem in the industry. It was discussed in research publications in the 1930s. But gizzard damage, and the loss of performance that it causes, continue to be a prevalent problem. In 2018 gizzard damage was reported as the most common enteric problem of flocks in Asia (Elanco Field Report presented at the 11th Asia Pacific Poultry Conference March 25-27, 2018). “Gizzard erosion can act as a hidden destroyer of performance in broilers. While it rarely outright kills the birds it will make them back off of feed and decrease growth rates. Field data has shown that hen feeds containing mycotoxins can have a negative impact on progeny.  The transmission of mycotoxins through the egg can produce gizzard erosions in chicks before they ever take the first bite of feed themselves,” said Jay Hughes, Director of Global Technical Service for Amlan International. 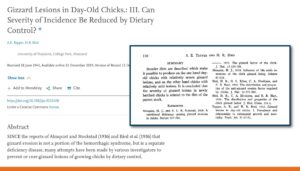 In addition to gizzard damage from nutritional deficiencies reported in early research, numerous further causes have been found for gizzard erosion (Figure 1). These include genetic predisposition, management factors such as feed outages or feed form, infections agents such as adenovirus and Clostridium perfringens, or toxins such as aflatoxin or gizzerosine. It has long been known that the diet of the hen could impact the newly hatched chicks. This was reported in research published in the journal Poultry Science as early as 1942. Tepper and Bird showed that gizzard damage in day-old-chick could be reduced by the changes to the hen’s diet.

Several poultry breeder farms in Asia were experiencing gizzard erosion in day-old chicks (Picture 1). The farmers theorized that toxins in the diet they were feeding their hens could be the problem. Calibrin-Z, available in select international markets, has been shown to bind multiple biotoxins, including Aflatoxin, Cyclopiozonic Acid, and the toxins produced by clostridium perfringens – all of which can contribute to damage to the gizzard. Therefore, the producers tested Calibrin-Z to see if adding it to the breeder flock diets would solve their problem. Several farms ran experiments to find this answer.

Picture1. Damage in gizzards of day-old chicks prior to adding Calibrin-Z.

On Farm 1, 30 newly hatched chicks were collected at random in the hatchery. Calibrin-Z was fed for one month, at a dose of 1 kg/metric ton of feed.  After feeding the hens Calibrin-Z for one month, 30 one-day-old were examined at hatch. Adding Calibrin-Z to the diet decreased gizzard erosion. Calibrin-Z was fed for another month at a stepped-down rate of 500 g/metric ton of feed. When 30 chicks hatched from eggs collected at the end of that period were examined the erosion problem had continued to improve, with zero gizzard erosions that were classified as severe or moderate (Picture 2). 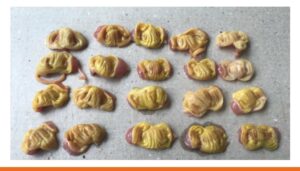 Picture 2. Gizzards from one-day-old chicks from breeder hens fed Calibrin-Z for fifty-one days. Erosions improved at 30 days and improved further by day 51. No gizzard showed moderate or severe erosion after 51 days of feeding.

In a second experiment, five one-day-old chicks were dissected, and all 5 chicks had severe gizzard erosion. Calibrin-Z was added to the hens’ diet at 1 kg per metric ton and fed for 30 days. Chicks hatched from eggs collected at that point were examined. There were no observed gizzard erosions in those chicks.

A third breeder farm had a similar gizzard erosion problem in day-old chicks, but this farm also observed that the chicks hatched with discolored livers. Livers had a yellow coloring, which sometimes indicates incubation stress or mycotoxicosis. Calibrin-Z was fed at 1 kg /metric ton for one month and chicks from eggs gathered at the end of that period had normal, healthy colored livers and no gizzard erosions.

In both experiments, the results show feeding Calibrin-Z to breeder hens significantly reduced gizzard erosion in day-old chicks. The health status of newly hatched chicks can be affected by the quality of the diet fed to hens. Breeders can help reduce gizzard erosion and other clinical signs of mycotoxicosis by adding Calibrin-Z to their diets. To learn more about Calibrin-Z and to start a breeder hen trial, contact your local representative.