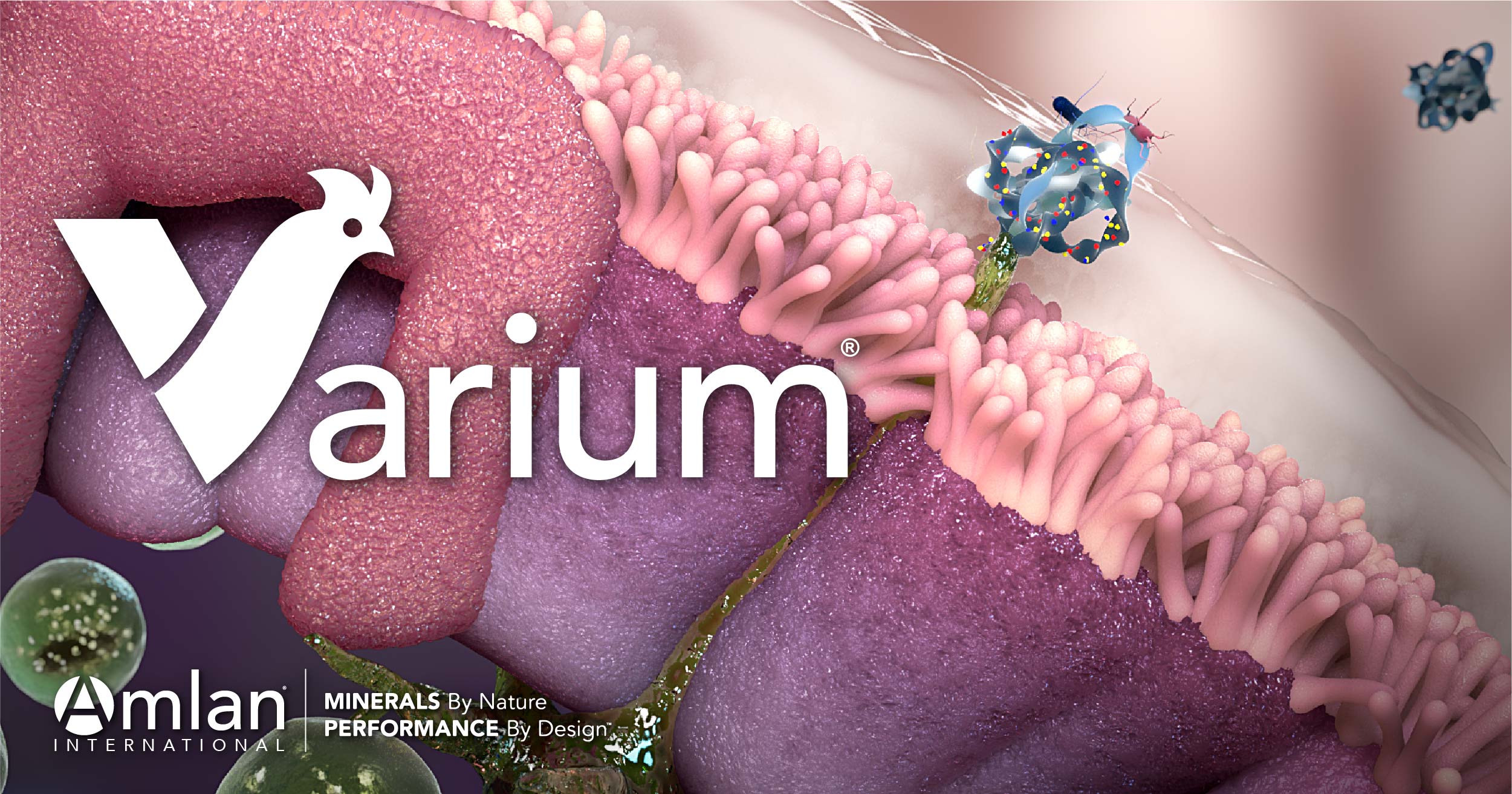 Varium was developed to provide poultry producers with a product to improve production by optimizing gut health. One of the ways this can be shown is by improvements in feed conversion. Because feed costs are such a large part of the cost of poultry production, any improvement in feed conversion can have a big impact on the bottom line. Additionally, decreasing the amount of feed used to produce a kilogram of meat increases the sustainability of the operation, which is very important in today’s world.

Varium, available in select international markets, has multiple modes of action to increase its ability to improve performance. It was designed to protect against biotoxins ​in the lumen of the gastrointestinal tract and keep them from entering the body, to energize the epithelial cells that line the intestine, and help the immune system prepare to respond to antigens. ​Over the years numerous controlled experiments have shown that Varium improves feed conversion under a variety of conditions. A meta-analysis of this research was presented at the Poultry Science Association’s 2nd Latin American Scientific Conference in Campinas, São Paulo, Brazil. This summary of multiple experiments showed that feeding Varium resulted in broiler performance that was equal to that obtained when an antibiotic growth promoter was fed, this was seen both in birds that were challenged with the bacterium Clostridium perfringens to induce necrotic enteritis and in unchallenged birds. When both the antibiotic and Varium were fed together it improved the feed conversion ratio even more (Figure 1). 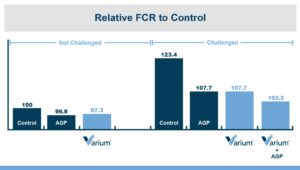 Since that time, information from the field has shown that feeding Varium resulted in less damage to the intestine of commercial broilers and improved villi height/crypt depth, which correlated to improved overall feed conversion (Lima, Peru).

In 2022, a large commercial study was run in southern Brazil. The study used approximately 180,000 broilers from three farms with each farm feeding one house a control diet with their standard feed containing a mycotoxin binder and enramycin, an antibiotic used as a feed additive to prevent necrotic enteritis. A second house had those ingredients removed and 0.1% Varium was added. The chicks that were supplied to the farms for evaluation were from breeders of the same age. Every week a sample weight was measured in each barn and mortalities were tabulated. Birds were harvested at 47.29 days for the Control birds and 47.17 days for the Varium fed birds (Figure 2). With a daily weight gain of 69.60 g for the Control birds and 70.62 g for the Varium fed birds. 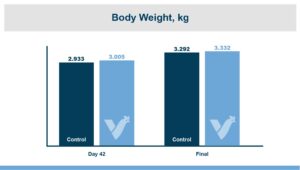 Weekly mortality, cumulative mortality, and transport mortality were all lower when birds were fed Varium compared to those fed the antibiotic (Figure 3). Overall feed conversion was 1.717 for the Control birds and 1.671 for the birds fed Varium; an advantage for birds fed Varium of 4.6 points. 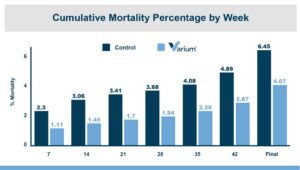 Figure 3. Mortality was lower for birds fed Varium each week and cumulatively by week. Final mortality included birds that died during transportation to harvest. 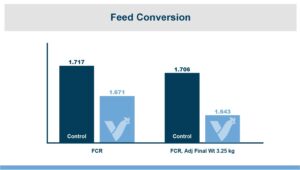 Figure 4. Feed conversion improved when broilers were fed Varium versus an antibiotic, both for overall or when adjusted to a final weight of 3.25 kg.

The 2022 Brazilian study shows that feeding Varium can improve efficiencies and performance, which are critical to increasing profits. In this case, the added annual profit for a producer processing 1 million birds per week would equate to approximately USD 6 million. Using an estimated price for the control diet of USD 375 and USD 380 for the Varium diet, the return on the cost of adding Varium vs the antibiotic control diet is approximately 4 to 1.

To learn more about improved performance with Varium and how to request a field trial, contact your local Amlan representative.